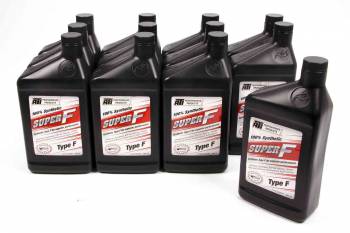 ATI Performance Products is proud to introduce a 100% synthetic Type F fluid. ATI was never a believer in synthetic ATF because it was not available with the additive named Type F. This Friction Modifier Chemistry has not been blended into a full synthetic ATF, until now! To achieve this, ATI teamed up with Joe Gibbs Driven to produce the right fluid for consistent, crisp shifting, superior heat dissipation and amazing life over standard petroleum based fluids.

The Super F fluid was tested for over a year in the ATI Drag Pak Challenger, netting a solid .02 faster than when raced back to back against a popular non-synthetic Type F. The Super F fluid was also run for the full 2010 race season in Chris Rini's Pro Street Stratus, helping him take the NMCA championship with record passes of 6.15 and 234 mph. For good measure ATI also had Dave Hance abuse the product in his record setting Drag Radial car as well as his ADRL Pro Mod. 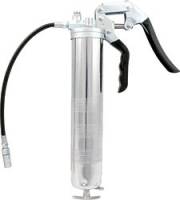