Hi-Temp? 570 comes in convenient 12 ounce containers hermetically sealed to guarantee against unwanted absorption of moisture which can drastically lower the fluids boiling point (fluid from larger containers tends to become contaminated with moisture, lowering its boiling point and making it unsuitable for racing applications.

BRAKE FLUID: Due to the extreme operating temperatures of a high performance brake system, standard off-the-shelf brake fluids are not recommended. Of critical importance in determining a fluids ability to handle high temperature applications is the Dry Boiling Point and compressibility. The Dry Boiling Point is the temperature at which a brake fluid will boil in its virgin non-contaminated state. The highest temperature Dry Boiling Point available in a DOT 3 fluid is 572 degrees F.The Wet Boiling Point is the temperature a brake fluid will boil after it has been fully saturated with moisture. The DOT 3 requirement for wet boiling point is a minimum temperature of 284 degrees F.There are many ways for moisture to enter your brake system. Condensation from regular use, washing the vehicle and humidity are the most common, with little hope of prevention. Glycol based DOT 3 & 4 fluids are hygroscopic; they absorb brake system moisture, and over time the boiling point is gradually reduced. Wilwood does not recommend using DOT 5 fluid in any racing applications. DOT 5 fluid is not hygroscopic, so as moisture enters the system, it is not absorbed by the fluid, and results in beads of moisture moving through the brake line, collecting in the calipers. It is not uncommon to have caliper temperatures exceed 200 degrees F, and at 212 degrees F, this collected moisture will boil causing vapor lock and system failure. Additionally, DOT 5 fluid is highly compressible due to aeration and foaming under normal braking conditions, providing a spongy brake feel. Whenever you add fresh fluid to your existing system (never mix fluids of different DOT classifications), it immediately becomes contaminated, lowering the boiling point of the new fluid. For maximum performance, start with the highest Dry Boiling Point available (try Wilwood Hi-Temp 570 Racing Brake Fluid), flush the system completely, and flush it regularly, especially after severe temperatures have been experienced.

This product can expose you to chemicals including DIETHANOLAMINE - ETHYLENE GLYCOL MONOMETHYL ETHER, which is/are known to the State of California to cause cancer and birth defects or other reproductive harm 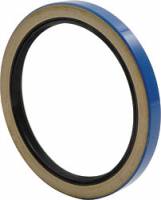 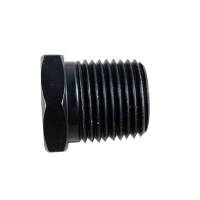 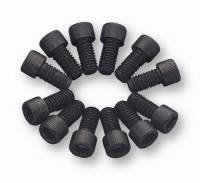