The RACEceiver LapCeiver works with the individual transponder that is mounted on the car. The transponder sends a signal to the Timing & Scoring System that the track is using and a special transmitter sends the same signal to the LapCeiver. 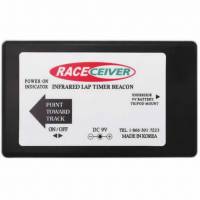 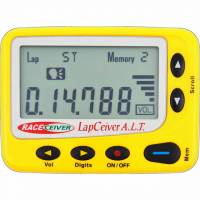