G-Tech markets real time data loggers for racing and street use. These allow you to plug into your cars computer and gather data such as horsepower and torque ratings without having to go to the dyno every time you make a modification. 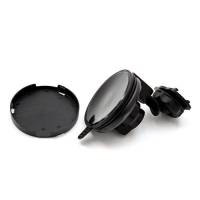 There have been many attempts to copy the G-TECH over the years. Some from small companies some from big ones. They come and they go. For most of them performance measurements are a side-line, for us it's different, this is all we have been doing for the last 25 years. Here are the most popular alternatives and our attempt to present the facts in an unbiased manner.

So when it comes to affordable, accurate and consistent car performance measurements G-TECH is still the king. Remember, this is what we do and all we have been doing for the last 25 years. The entire product is designed, built and tested in-house. We're proud to say "Made in USA".

OBDII devices in theory do have the ability to estimate some performance measurements, however there are two major limitations...
OBDII was designed to monitor emissions not performance. All speed measurements on the OBDII bus are derived from wheel speed sensors which is susceptible to wheel circumference variations due to tire-wear and pressure, not to mention non-OEM wheel/tire combinations. Tire slip is very common. Even if properly calibrated wheel sensor data is considered inaccurate for vehicle dynamics and performance testing due to tire slip and circumference variations.
OBDII-bus speed is considered a low priority for the ECU of your car. This means that the computer in your car will first make sure that the sparks are firing when they are supposed to and then, if there is time, it will send out the information over the OBDII-bus. At best, with newer CAN bus cars, one can expect to get only about 6 readings per second. On most cars readings come in at a rate of 2-3 per second. So between the inaccurate speed and OBDII bus limitations these devices are not good enough for repeatable performance measurements. We developed and sold an OBDII-based gauge called the EGS (Expandable Gauge System) for years. Finally we discontinued the line due to these two limitations of the OBDII technology.

Phone apps are another way to test the performance of a car. While the new generation of phones is pretty amazing, their accelerometers are not factory-calibrated for precision measurements. They are intended to detect the orientation of the device. There are calibration procedures, that a user must perform, in order to use these devices. This helps with the accuracy somewhat, however it depends on the ability of the user and the temperature, so the results vary widely. You might get lucky and get a good measurement once in a while but consistency, which is most important, is just not there.

Some phones have GPS receivers. These receivers are 1Hz GPS engines, intended for navigation. This is not adequate for accurate performance measurements. The new G-TECH has a true (non-interpolated) 50Hz GPS engine with SBAS (WAAS or EGNOS) gps augmentation. This translates to 50 times (yes that’s right, fifty times) more accuracy than a smart phone.
Also, G-TECH is a dedicated, rugged hardware device, not some piece of software done by some guy for fun with no support or warranty, not to mention, years of experience in this field. Oh, I almost forgot, G-TECH will not “ring” in a middle of a horsepower run, I promise. Don’t get me wrong, I love my smart phone, I do many things with it but consistent performance measurements is not one of them.

Chassis Dynos are a popular method of measuring vehicle horsepower. They measure the horsepower of the vehicle while it’s stationary so some of the losses are included and some are not. All the drivetrain losses are included however the tire rolling resistance is not representative of the real world losses due to the shape of the drum which is not flat like the road. So the deformation of the tire carcass is larger than in real life. This problem is amplified with varying strapping force that different operators use. The other issue is that many operators make an attempt to give larger numbers that people want by having all sorts of corrections. This is done in an attempt to mimic the advertised engine hp output. This causes confusion in many cases. Dynos are a standard and even though there are large variations among them they still are a viable method of measuring horsepower.

1/4 mile tracks are another standard. There is nothing like puling up to the lights and making that pass. 1/4 mile tracks are here to stay, and there are good reasons for that. Not just for the accuracy of the measurements but also for social aspects and camaraderie of drag-racing.

Radar guns are a viable method of measuring vehicle speed and other performance measurements. There are issues with the range. Most common x-band guns sometimes have a hard time keeping the car detected all the way down the 1/4 mile stretch. They require a stationary setup and a dedicated track. They are expensive with the prices starting at around $2500.

Traditional 5th wheel is one of the oldest methods of measuring speed. It’s a calibrated bicycle wheel attached to the car. It works well but has some issues with wheel-hop and slip angles. It’s also very fragile and expensive.

Optical 5th wheel is the big-boy of performance testing. It is the most accurate method of measuring speed of a moving vehicle. It was actually developed for the printing industry (for tracking paper in the presses) and adopted to vehicles. It’s very expensive $15,000 to $20,000 but super accurate. It’s a camera that shoots a light on the road surface and analyses the movement of the road pattern while the car is in motion. This is what we use as a reference during the development of the G-TECH.

So when it comes to affordable, accurate and consistent car performance measurements G-TECH is still the king. Remember, this is what we do and all we have been doing for the last 25 years. The entire product is designed, built and tested in-house. We're proud to say "Made in USA".