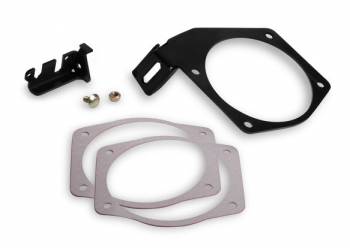 Cable Bracket for 105mm Throttle Bodies and Factory or FAST® car style intakes Bracket has allowance for throttle pedal adjustment and/or the addition of a nitrous plate. This bracket works with throttle cables from 1998-02 5.7L Camaro and Firebird (GM Part # 12563339). There is also an allowance of a cruise control cable from the same applications (numerous GM Part #s).