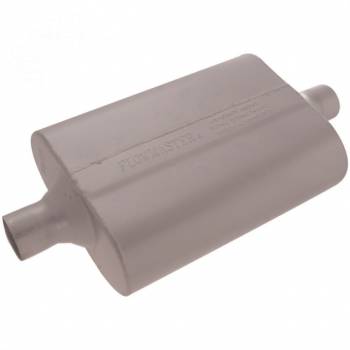 Manufacturer of performance exhaust systems, mufflers, cold air intakes, turbo boost modules, catalytic converters, race mufflers, headers and numerous exhaust accessories for late model cars, trucks, off-road, Jeeps, SUV?s, classic muscle cars, powersports vehicles and more. Flowmaster gives you lots of exhaust choices with 12 designs of chambered mufflers, 3 styles of our exclusive ?laminar-flow? mufflers and a new line of FlowFX straight-through performance mufflers, along with 5 sound categories of exhaust systems, giving you the customer, the power to custom tailor the sound of your vehicle whether you prefer mild, moderate or aggressive tones and sound levels. Since 1983, Flowmaster is the company you can trust, and has led the industry in offering only the best products you can buy for your vehicles.